Netflix’s The Sandman is a dream adaptation of a classic

The opening moments of Netflix’s The Sandman are heart-stopping. We watch a beautiful raven fly from the waking world of humans into the realm of the titular Sandman (Tom Sturridge). Angles bend impossibly, light from unknown sources dazzles the grounds, creatures of nightmares and fevers intermingle, an eternal library folds on itself. Yet this is our world, too, the one we enter when we close our eyes. In his voiceover, the Sandman mocks humans’ presumption that dreams remain innocuous: are we not affected by our dreams, by what we yearn for and fear?

The Sandman is a dark fantasy horror comic franchise written primarily by Neil Gaiman, who also served as an executive producer and writer on the Netflix adaptation. It tells the story of a powerful being who controls all dreams and nightmares and his interactions with the human world. We witness his journeys through history, influencing great events, as well as his travels to realms like Hell (a realm that only exists because of human fears). In this first season, Netflix adapted Gaiman’s first two The Sandman books: Preludes & Nocturnes and The Doll’s House.

But “adaptation” is almost an insult to what the creators achieved. The series is perhaps the best-screen adaptation of big concept fantasy literature since Peter Jackson’s The Lord of the Rings trilogy. Beat for beat, iconic frames, lines of dialogue, performers’ makeup and wardrobe — all of it followed the books, except for a few changes.

I do not wish to spoil the episodes and so will be slightly vague about certain plot points and episodes.

In 1916 England, a power-hungry playboy, cult leader, and egotistical buffoon called the Magus (Charles Dance) yearns to control death. He conjures a spell to trap the embodiment of Death, the Sandman’s sister. However, instead of capturing Death (Kirby Howell-Baptiste), the Magus and his cult capture Dream, aka the Sandman — along with some of Dream’s powerful tools. With Death’s capture, millions are suddenly affected by a strange sleeping sickness: either unable to sleep or basically in a coma.

Trapped and naked in a stunningly designed glass cocoon, Dream refuses to reveal anything to the mortals around him. For more than a century, Dream never utters a word, refusing to provide any details to his captors — whose lives are extended as a result of their proximity to his powerful tools. (There is an escape attempt by Dream’s closest ally, but my heart is too sore to describe what happens.)

Upon his eventual escape, during the present day, Dream returns to his realm to find it abandoned, desolate, and broken. To fix the world of Dreams, he must recover the tools his human captors took from him. So begins the first arc and his adventures with everyone from a blue-collar exorcist to a manchild wielding the powers of the gods. In often brutal and gory scenes, battles between demonic and divine forces leave much blood in their wake. Dream is often picking up the pieces, trying to restore order that — through his absence — he caused.

The second major arc details Dream’s attempt to find an entity called a vortex — a human, named Rose Walker (Vanesu Samunyai) who draws all dreams to herself, collapsing the waking and dream world and thus ending the universe. Here, you can expect childhood trauma, a serial killer convention (yes), and a wholesome and diverse group of housemates that includes lesbian spider collectors, a Ken and Barbie couple, and a drag queen.

Rose is on a mission to find her missing brother, currently held as a prisoner by a cartoonishly evil foster father. At the same time, she is discovering her powers as the vortex.

Dream, meanwhile, must face the fact that mending what is broken does not just mean restoring the world as it was before. Sometimes it means changing and adapting so breakage does not happen again. Even his own world demands change, as his subjects found reason to abandon their central purpose rather than wait for their master to return. His anger at their abandonment eventually engenders sympathy since it was his shortsightedness as a leader that made them leave.

Dream’s somewhat godlike perspective on humanity allows us to reflect on human quirks and sensitivities: why do we fear death; why do we cling to obviously shallow dreams; why do we give up so much for love and friendship; why do we want immortality, when so much of life is pain? While these questions are never properly answered, Dream’s growing curiosity about what makes humans tick makes for engaging writing and conversations.

This is all intermingled with, for example, managing Rose Walker turning into a vortex, a battle of wits with Lucifer, confronting nightmares, and preventing the universe’s inevitable doom.

One of the reasons I loved the book franchise was that it is first and foremost a psychological horror story, but it’s one painted on a canvas of the cosmic with a fragile brush made of hope. Intimate stories occupy as much, if not more, space than the ones dealing with beings more powerful than gods. For example, Rose Walker is trying to find her missing brother, confronting serial killers and talking ravens, but is also on the verge of destroying the universe.

This is nowhere better depicted than in episode six, “The Sound of Her Wings”, our first encounter with Kirby Howell-Baptiste’s Death, the second-eldest of these ancient embodiments. It will be Death who, as she says, stacks the chairs and turns the lights off when the last living being breathes its last breath in this universe. In this episode, the Sandman is moping and reflecting on his purpose. Death requests his company as she “does her work”: here, we witness people’s existence in its final moments, the full weight of their life crashing into the realization of its sudden end. Like her comic counterpart, Howell-Baptiste’s Death is a gentle, welcoming face, the kind you’d want to carry you to the next life. It’s a darkly beautiful episode, as Death reflects on her purpose and how it took her so long to figure out how not to be the ultimate terror. Just as life starts, it ends. But that does not mean it stops having meaning or impact. It does not mean that life is gone. She merely wants to turn that full stop into an ellipsis.

It’s an episode focused on the blank canvas of ultimate nonexistence, but the episode dots it with bright stars of individual lives, lighting up a path through the darkness with vignettes of very human stories. This is what Sandman is all about as a franchise, and the TV series captures this.

Of course, the series does make several welcome changes to the comics that longtime readers might find interesting.

Speaking of casting, I won’t dwell on gender-flipped characters since the book character’s genders were largely irrelevant to their stories. But, in terms of casting, I was pleasantly surprised at how many Black women were cast, not simply as background characters but recurring on-screen roles: Rose Walker (Vanesu Samunyai), her mother (Andi Osho), and her grandmother (Sandra James-Young) are central to the story; Dream’s librarian and the dream world’s caretaker Lucienne is portrayed by Vivienne Acheampong; Death, as I noted, is played by Kirby Howell-Baptiste; Ann Ogbomo plays a nightmare that helps change Death’s mind about purpose.

This is not to mention the casting of nonbinary performer Mason Alexander Park as Dream’s nonbinary sibling Desire. Furthermore, sexuality was constantly portrayed as a spectrum, with heterosexuality never presumed and queer relations or moments never commented on.

In the end, The Sandman was not only better than I hoped but better than I… well, dreamed. There is great sadness, horror, and melancholy, but I never felt drowned in these emotions. Buoyed by trust, wholesomeness, and acceptance, it is a series that at once depicts the horrors of humanity and our place in an unknowable and terrifying existence, but it also shows us how our humanity unites us to confront the failures of the world and our fears of everything else. It is looking at the flame of hope in a black-painted glass jar.

The Sandman is streaming on Netflix now. 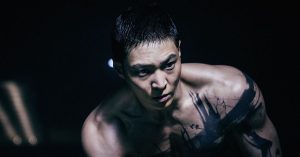 Netflix’s Carter puts action above all else 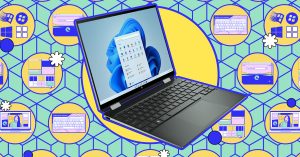 Microsoft Word 101: how to convert a Word doc to a PDF 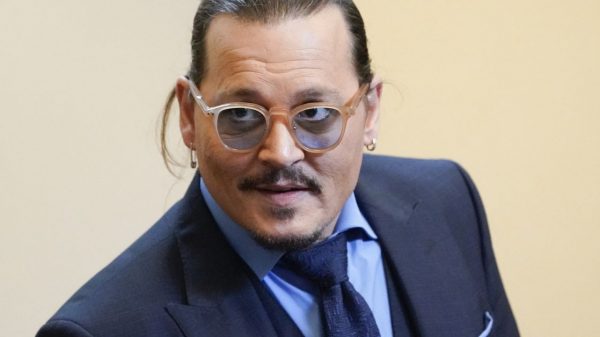 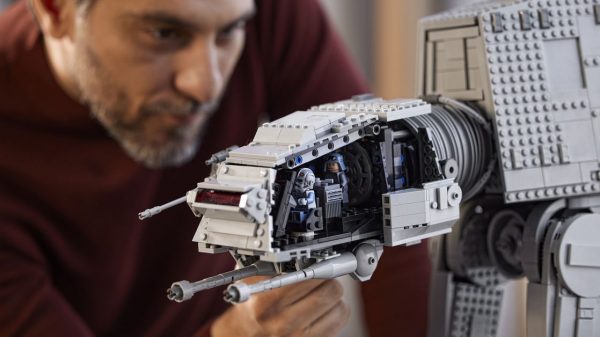 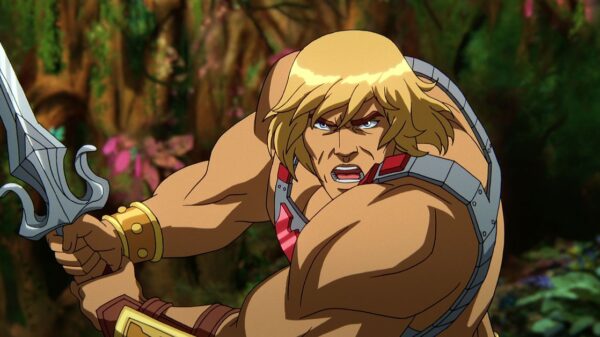 Watch the first trailer for Netflix’s Masters of the Universe: Revelation 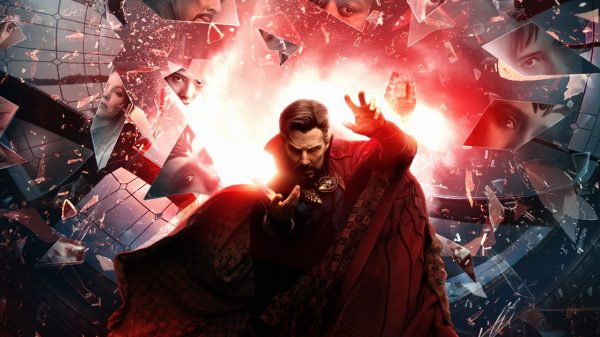